Today we will focus on loans and credits. First of all, let’s answer the following questions.

1. Read the text about banks and bonds and answer the questions.

Corporate bonds are issued by companies to raise capital. They are an alternative to issuing new shares on the stock market (equity finance) and are a form of debt finance. A bond is basically an IOU (short for ‘I owe you’) — a promise to pay back your original investment (the ‘principal’) at a maturity date, plus interest payments (the ‘yield’ or ‘coupon’) at regular intervals between now and then. The bond is a tradeable instrument in its own right, which means that you can buy and sell it during its life, and its value will tend to rise and fall as interest rates change.

Thirty or forty years ago, large companies that wanted to borrow money
generally got loans from banks.
Then they discovered that they could borrow at a lower rate by raising money
directly from the public (and from institutional investors like insurance companies
and pension funds), by issuing bonds. This process of disintermediation — cutting
out the intermediary (the bank) between the borrower and the lenders — is
obviously not a good thing for commercial banks. They now have to lend their
money to borrowers that are less secure than large corporations.
Companies and financial institutions are given investment ratings, reflecting
their financial situation and performance, by ratings companies such as Standard
& Poor’s and Moody’s. The highest rating (AAA or Aaa) is given only to top-quality
institutions, with minimal credit risk. Today, only one of these is a bank
(Rabobank, in the Netherlands). The only other AAA ratings — and there are
very few — belong to large corporations.
On the other hand, companies use investment banks to issue their bonds for
them, permitting banks to make money from fees rather than from interest.

1.  What are the two ways in which companies and corporations raise capital?

2. What might explain that only one bank has AAA ratings?

3. What form of income do banks now get from large companies? 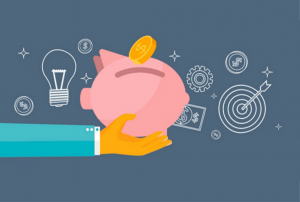 2. Fill in the phrases with correct words we have met in the text. Then fill in the sentences with suitable phrases.

3. Think of some phrases for giving advice and making suggestions or recommendations in a business situation. 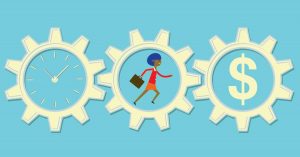